This ran at the Visalia Times Delta on July 25th, 2018. The price I pay to get published is that my favorite lines get deleted. And usually the title gets changed. Ah… such is life. So, here I get to publish the original version. Still grateful to get the gist of my message out there.

I read the online version of the Times Delta daily and occasionally the print version. I have yet to observe a positive article about Nunes and his stellar efforts to expose the rats and weasels in the DC swamp. There are plenty of positive articles about Janz’ campaign to unseat Nunes along with plenty of articles about the so called “religious leaders” protesting Nunes. Nunes’ counterpart, Adam Shiff seemingly wins the day with his extensive boldface lies. It is altogether routine for the liberal media to act in concert with liberal democrats to demonize everything conservative. Even this editorial runs the risk of heavy editing. For conservatives the extreme and pervasive bias is clearly a matter of 5150. 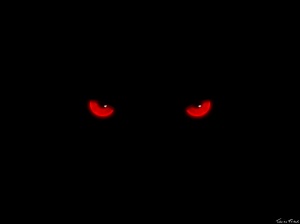 A primary concept that America was founded on is the Rule of Law. Residents in Nunes’ district need to consider exactly what liberal democrat Janz brings to the table. First is the liberal construct of open borders. This affords liberals the subterfuge of constructing a dependent welfare entitlement-based voting bloc. But far worse is the invasion of drug runners, sex traffickers, criminals and terrorists. This is lawlessness. Since liberalism is such a strong delusion liberals have no idea just how destructive open borders are.

Next is the chicanery of a woman’s right to choose. Janz will no doubt support the murder of Americans in the womb. This is a holocaust of Americans and another form of lawlessness.

Next is the farce of sanctuary cities. If you are illegal and a criminal then Austin or San Francisco is your haven where you can freely defecate on the sidewalks and discard your used drug needles. As an added bonus you can participate in immoral parades. All of this is dysfunctional lawlessness. All of you out there who wish for Janz to turn Visalia into this type of utopian sanatorium/snake pit/abyss please raise your hand.

And if that is not enough who wants to align ourselves with liberal leader Jerry Brown who thinks it is wise to open the borders, import an increasing population of illegal aliens, never build a dam but limit people to a third world standard of 55 gallons of water per day. This is lawlessness swirled with nonsense. And as a liberal democrat Janz is aligned and committed to such folly.

Nunes is one vote out of 435 representatives in the House. He wields only such much power in bringing good things to Tulare County so it is real easy for opponents to highlight perceived deficiencies. Obama brought lawlessness to the DOJ, FBI and the IRS. Nunes is exposing the corruption so he has turned into a massive and despised target.

The New York Times states with a smirk on its face, “we set the agenda.” They do have their influence but outside of their Wizard of Oz bubble plenty of Americans see through all of it. Those Americans will keep Nunes in office because God is opposed to lawlessness.