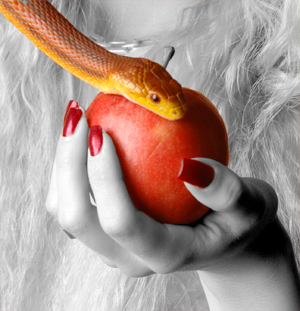 Liberalism is Killing the American Soul

This is in response to Haynes article, “Without LGBT Rights, Religious Freedom Fails.”

Why is liberalism so enamored with homosexuality? First, liberalism adopts an Enlightenment principle that says man is at the center of everything instead of having God at the center so God gives liberals over to very strong delusions. Second, liberals do not want to be held to a moral standard so they are sympathetic to anything opposed to Christianity.

There is a certain foolishness of men that has no regard for the design of God. Mr. Haynes advocacy is the kind of nonsense we get from those who have prestigious degrees but no wisdom because they do not know God.

If homosexuality is equal to one-man-one-woman Holy Matrimony then why are there are there over 30 million deaths due to AIDS – the genesis of which is sodomy? Why does Mr. Haynes advocate such carnage?

What kind of social justice is it to advocate for the, “B,” in LGBT which is bisexuality – the practice of which means that a man sleeps with a man and then he sleeps with a woman thereby giving her all sorts of nasty diseases. Why does Haynes promote disease for women?

The reason why God says homosexuality is a sin is because it is not His design. Why is this so very hard to grasp? The Bible also condemns thievery and drunkenness. My hands are designed for work to help myself and those around me. I can claim all day long that my hands were, “born” to steal from my neighbor but that is a lie. God did not design my hands to steal from others.

Alcohol has many legitimate uses. A glass of wine is nice. Alcohol is a great disinfectant and very useful solvent. But God did not give us our bodies and alcohol for drunkenness. To say that a person was, “born that way,” in regards to misusing alcohol is simply an excuse to sin.

I am not unsympathetic to a person’s struggles with sin. I have my own. My theory is that most men have some sort of fatal flaw that can take them out. The high challenge is in overcoming the flaw and attempting to be numbered among good men.

Trying to find common ground between such opposing worldviews is extremely difficult. Have you noticed that activist homosexuals, rather than living and let live, sue Christian florists, bakers and ministers over grievances? How do we co-exist with such antagonism? Bank robbers and law enforcement do not have compatible interests.

Everyone screams for equality but the hard fact is that equality originates with God. We should look to God to define good and evil and if we let man define right and wrong then the process is flawed because man is subject to error. We cannot claim the equality God affords us and then spurn the rest of His counsel.

The carnage of AIDS and STD’s should prove to liberals that God’s principles regarding the sacredness of sex are a matter of truth. We need religious freedom but we must realize that truth emanates from one true God and there are many false gods.